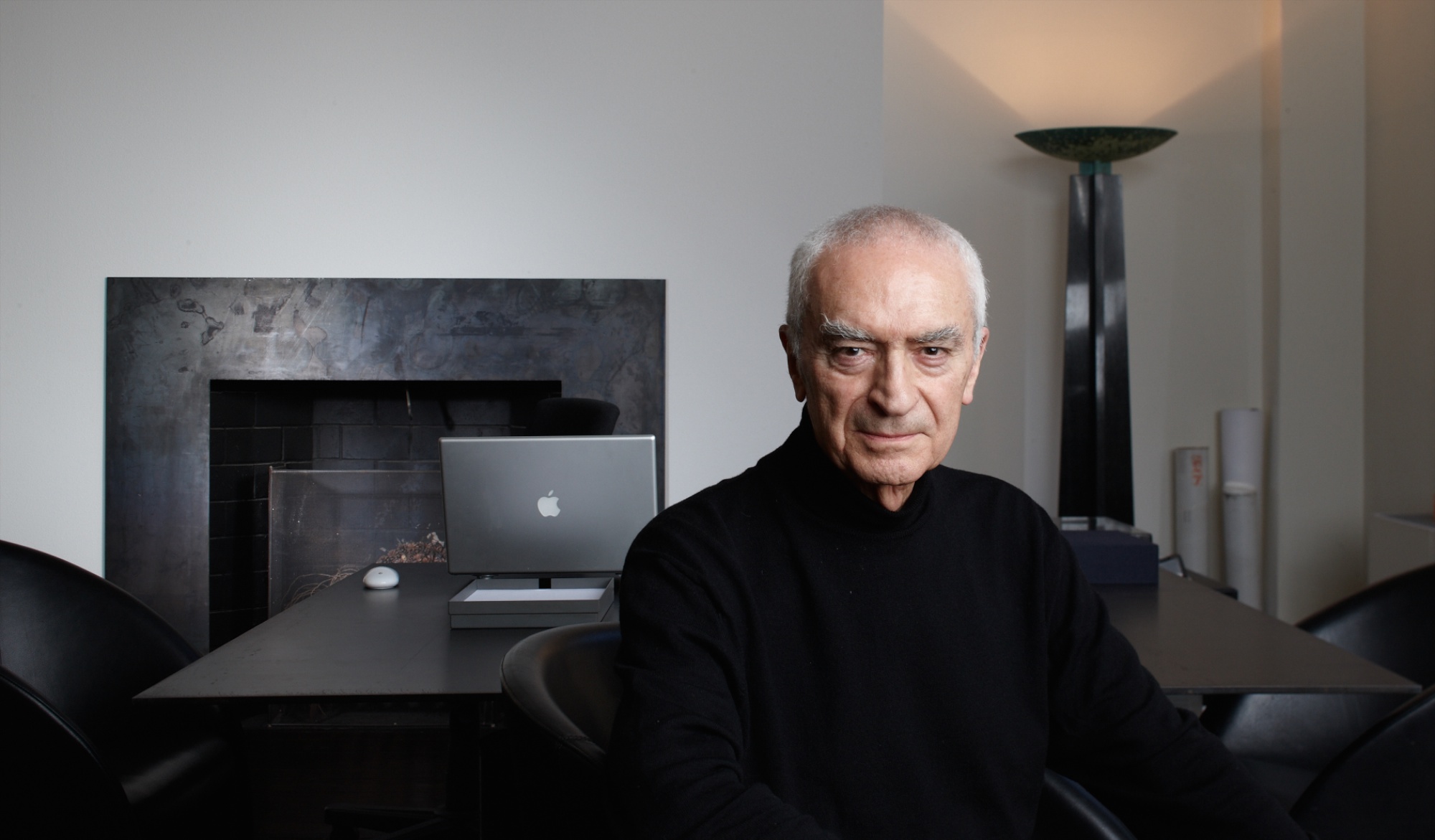 Massimo Vignelli Reaffirms His Faith in Form and Function

Upon the occasion of the major retrospective of Massimo and Lella Vignellis' work exhibited at Parsons in 1980, New York Times critic Paul Goldberger characterized them as “total designers” who work together in two ways. He's the visionary: “I talk of feelings, possibilities, what a design could be.” She’s the realist: “I think of feasibility, planning, what a design can be.”

Eleven years later, Massimo, reflected on his “feelings” about Modernism, the “possibilities” of the role of the Modernist designer, and what that meant for what “design could be” in the AIGA Journal of Graphic Design (Volume, 9 Number 2, 1991). His words then are relevant as ever (and printed here in their entirety).

I was raised to believe that an architect should be able to design everything from a spoon to a city. At the root this belief is a commitment to improve the design of everything that can be made—to make it better. To make it better not only from a functional or mechanical point of view, but to design it to reflect cultural and ethical values, ethical integrity. Integrity of purpose, materials and of the manufacturing process.

"The solutions to a problem are in the problem itself."

Integrity of purpose implies a severe analysis of what the problem is: its meaning, what the possibilities for a range of solutions are: solutions that have to be sifted through to determine the most appropriate for the specific problem—not just alternatives I may like, but one that answers all the of the questions posed by the problem. The solutions to a problem are in the problem itself. To solve all the questions posed by the problem, however, is not enough. The solutions should reflect the approach taken, and by virtue of its configuration, stimulate cultural reactions in the viewer, rather than emotional titillations. In this process, nothing is taken for granted, no dogmas are accepted, no preconceived ideas are assumed or adopted without questioning them in the context of the project.

I was raised to believe that, as a designer, I have the responsibility to improve the world around us, to make it a better place to live, to fight and oppose trivia, kitsch and all norms of subculture that are visually polluting our world. The ethics of Modernism, or I should say the ideology of Modernism, was an ideology of the fight, the ongoing battle to combat all the wrongs developed by industrialization during the last century. Modernism was and still is the search for the truth, the search for integrity, the search for cultural stimulation and enrichment of the mind. Modernism was never a style, but an attitude. This is often misunderstood by those designers who dwell on revivals of the form rather than on the content of Modernism. From the beginning, Modernism had the urgency of Utopianism: to make a world better by design. Today we know better. It takes more than design to change things. But the cultural thrust of the Modernist belief is still valid, because we still have too much trash around us, not only material trash but intellectual trash as well. In that respect, I value, endorse and promote the continued relevance of the Modern movement as the cultural mainstream of our century.

The cultural events of the 20 years have expanded and deepened the issues and values promoted by the modern movement. The revision of many of the Modernist issues has enriched our perception and contributed to improving the quality of work. The increased number of architects and designers with good training has a positive effect on our society and our environment. Much still has to be done to convince industry and government that design is an integral part of the production process and not a last-minute embellishment.

"The cultural energy of the Modern movement is still burning, fueling intellects against shallow trends, transitory values, superficial titillations brought forward by the media, whose very existence depends on ephemera."

The cultural energy of the Modern movement is still burning, fueling intellects against shallow trends, transitory values, superficial titillations brought forward by the media, whose very existence depends on ephemera. Many of the current modes are created, supported and discarded by the very media that generates that change and documents it to survive. It is a vicious circle. It has always been, only now it is bigger than ever.

As seen in a broad historical perspective, Modernism’s ascetic, Spartan look still has a towering position of strength and dignity. Modernism’s inherent notion of timeless values as opposed to transient values still greatly appeals to my intellectual being.

The best architects in the world today are all Modernists at the core, and so are the best designers. The followers of the Post-Modernist fad are gone, reduced to caricatures of the recent past. Post-Modernism should be regarded at best as a critical evaluation of the issues of Modernism. In that perspective, it has been extremely helpful to correct, expand and improve the issues Modernism. None of us would be the same without it. However, the lack of a profound ideology eventually brought Post-Modernism to its terminal stage. In the cultural confusion produced by pluralism and its eclectic manifestations, Modernism finds its raise d’être in its commitment to the original issues of its ideology and its energy to change the world into a better place in which to live.