I have nothing to say and I am saying it and that is poetry.

-John Cage, Lecture on Nothing

This sentence is a work in progress: I am writing it over and over, making small adjustments, or radical edits, until at some point I declare it finished. The point at which a sentence is finished is usually considered the moment it is committed to print. But before the printing press starts rolling, these little words get committed to typography. Typography is an intermediary work of writing and the realm of the graphic designer. The typographer takes the sentence as a fait accompli, a finished work that serves as the raw material for a secondary operation. The art of typography functions not by writing the words, but by over-writing them. The typographer adds nuance and texture, even meaning, by the subtle application of form to content.

Brackets is a different type of editor. Brackets has some unique features like Quick Edit, Live Preview and others that you may not find in other editors. Brackets is written in JavaScript, HTML and CSS. That means that most of you using Brackets have the skills necessary to modify and extend the editor. In fact, we use Brackets every day to build Brackets. To learn more about how to use the key features, read on.

The technology of typography determines the relative abstraction of that work and the charged relationship between typographer and content has been under continuous technological upheaval since the inception of moveable type. Printing was the first mass media but early typography was an intensely manual practice: letters were carved in hardwood, painstakingly set by hand, inked, pressed, proofed, adjusted. And the typographer, or printer, worked in reverse, reading backwards — demanding he “minded his ps and qs” — so composition was a feat of spatial imagination. The finished, right-reading work emerged when the vellum was pulled from the press. Only then were the words, and their typographic shaping, committed. 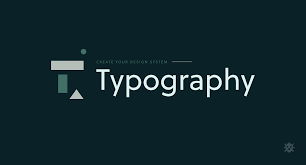 Abstraction through the mechanization of typesetting — and the distance it creates between the typographer and the form — is a recurring drama. The late 19-century rise of the Linotype machine introduced the keyboard to typesetting and ignited a firestorm in the guilds that still worked the old-fashioned way, by hand. Unable to match the speed and precision of the new devices, Luddite handset typographers started to make elaborately festooned layouts by twisting brass printing slugs (called rules) into delicate curlicues, and designing fantastically organic typographic arrangements — often using chewed paper as a kind of glue to hold the type in the chase — that dumb machines could never imitate. The practice was called, appropriately, Rule Bending. Compositional freedom was a rage against the machine and a last-gasp attempt to keep hands on the type.

By the time I was studying typography in the pre-Macintosh era, we worked on an early computer type compositor called the Omnitech 2000. I would type characters on a luminous green monitor, using an entirely abstract string of coordinates similar to HTML markup, and a cup-of-coffee later the beige box would spit out a roll of paper that may, or may not, resemble the design I had envisioned. Once again the technology distanced the creative process, made it architectural. But at the time we saw this as a vast improvement over the system wherein we would literally mark-up manuscript, coding sentences and paragraphs with red pencil notations, and send them off to a professional typesetter charged with rendering our ideas in type. We were re-claiming the means of production.

Perhaps the most significant implication of the WYSIWYG revolution was to bring immediacy back to the process of typography. Now we compose on a screen that simulates the page we have in mind. With that innovation, typography is reunited with writing: the sketch is the design. We still take the sentence as raw material but the work of typography is a real-time elaboration of the language. This is amplified by the fact that the finished product is now often distributed on the very medium on which it is composed, the monitor. The permanent become permanently transient. So now the question becomes: when is typography done?

In this new condition, the moment of finishing is not a fact of the medium but the will of the typographer: the work wavers in a transitory state and only done when the designer commits. The writing may be finished but the type always temporary. This unification of the sentence and the display collapses form and content into something close to the same thing where every work is a work-in-progress.